Brian Klatt
Rated 5 out of 5
This works great on my Harbor Freight 20" drill press. The plate is a little bit of a pain to get in place while holding the motor, but other than that, i didn't have any issues. There is a small wobble in the provided pully, but it works great and it doesn't bother me. First drilling i did with the slower speed really highlighted the torque increase. Some combinations of pullies will require longer belts, but i was able to get an acceptable speed with the one provided and the 2 that came with the machine. The quality of the whole thing is very nice for such an affordable product.
Zac Beagan
Rated 5 out of 5
Great customer service, and quick shipping, has this in under a week to Alberta, Canada. Was a easy install and performs flawlessly. Turned a ordinary drill press into an incredible machine. Thanks RogueFab! 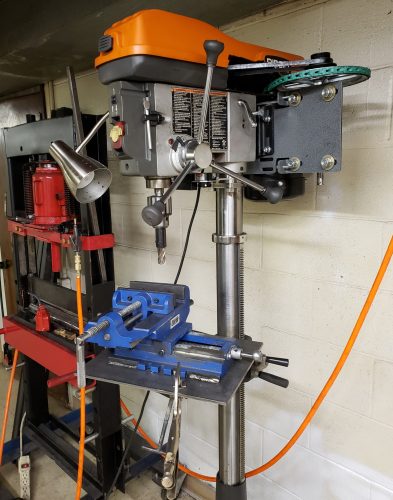 Steve Tunder
Rated 5 out of 5
The quality is great. Excellent design. I needed to lower the RPM of my drill press to allow for using a 3/4 inch annular cutter for making holes in half inch steel. I was going through 3/4 inch drill bits about once a month after drilling a couple of dozen holes. I did get good at sharpening my bits but it was a pain. The annular cutter is the way to go for making holes but the drill press needs to run at a much lower rate (240-3400 rpm on my Rigid drill press). I did replace the motor on the drill press....from a half horsepower to 1 horsepower. I did also have to use a link belt as the one supplied was too long. After installing, the drill press now runs at 48 RPM and the drill press now is a metal machine!!!!! I've cut over 100 holes without having to sharpen anything!!I love it!!!!
HBCraftworx
Rated 5 out of 5
I've had the DPRK for a couple of years now and I consider it one of the best add on purchases to any tool I have in my shop. It was easy to install on my PC press. The ability to get my drill press down in to usable RPM for some of my heavier duty projects is exactly what I was hoping for. 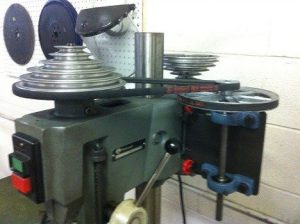 Brian
Rated 5 out of 5
The drill press reduction kit is working fantastic. I don’t know how you would drill into stainless steel in production without it. We were able to pull in the drilling we used to outsource (although we are a little slow). For instance, on a piece I was paying $50.00 for, we are doing the drilling in 1 hour with a jig internally, saving jobs and of course money! 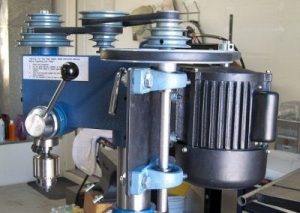 +1
Henry
Rated 5 out of 5
Even though I am modifying it (Drill Press Reduction Kit), what you sold me is exactly what I wanted, and is perfect. I like the setup you have for the jackshaft that makes everything nice and smooth. It’s a very nice product! 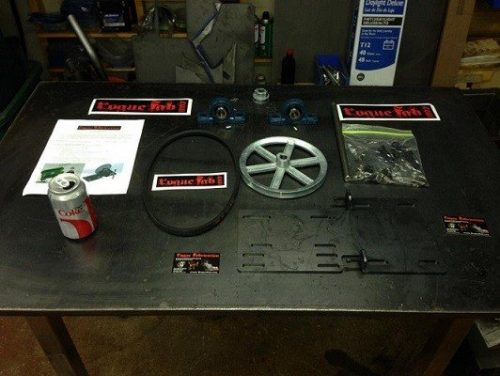